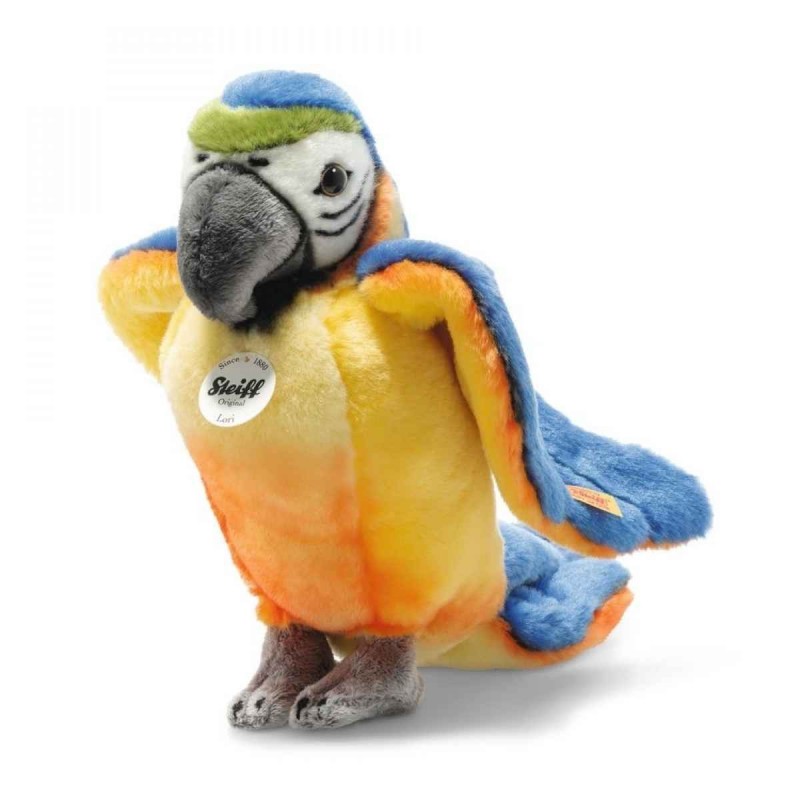 Help us protect the diversity of species. The world is in a state of radical change and the number of species facing extinction is climbing. With this in mind, we partnered with National Geographic and created a special collection of plush toy animals in support of preserving biodiversity. The collection includes a wide variety of animals that were photographed by Joel Sartore for the National Geographic Photo Ark species preservation project. Your purchase is supporting a good cause! Proceeds from the sale of any National Geographic product support scientists, explorers and researchers from the National Geographic Society all over the world. Lori parrot is a wonderful member of our National Geographic collection. Colourful Lori has characteristic blue-yellow colouring made from soft, strokable plush material. He is 26 cm in size and attracts attention from grown-ups and kids alike. Lori has a magnificent face with beautiful black makings under his eyes. The beak and feet are done in grey. The wonderful dark-blue shade of the macaw runs from his head over his wings and all the way down to his tailfeathers. His chest is characteristically yellow. The same yellow was used for the undersides of his wings and tailfeathers. His stability and his wonderful feel in your hand are helped by a bean bag sewn into his bottom and supporting rods in his feet. Lori's population is unfortunately on the decline. This is why the species appears on the list of endangered species. His habitat is disappearing due to deforestation. Illegal hunting for him is also causing the population to shrink.